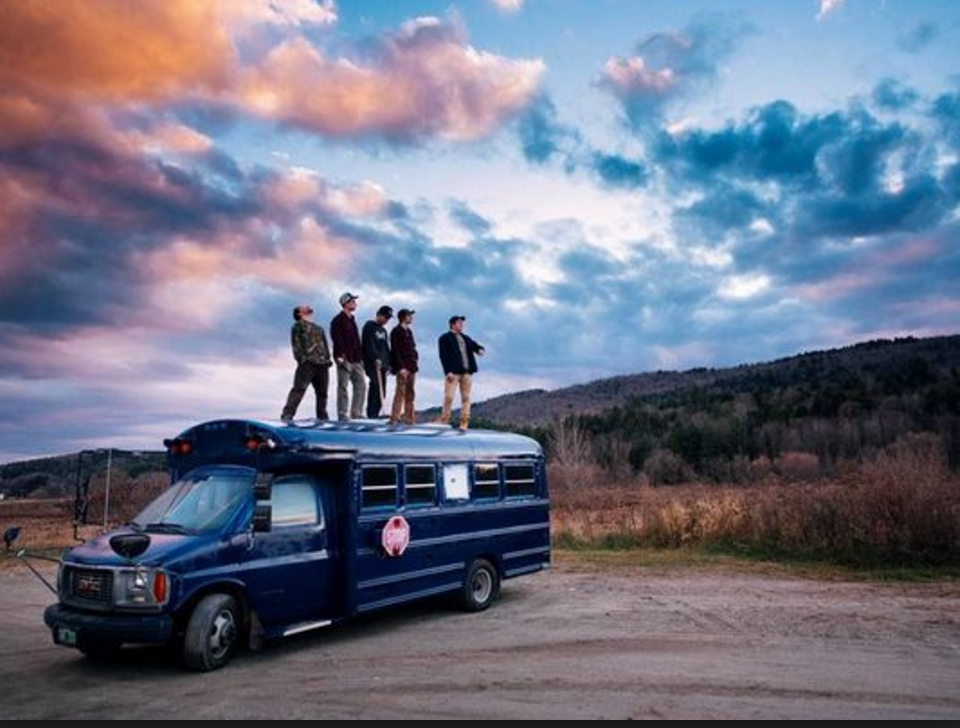 Ideas are conceived like the sparks born at the strike of flint and steel. While thousands may appear, most fade from existence before hitting the ground. However, like the few sparks that land still glowing, only select ideas linger long enough to mature into plans. And just as a spark caught in dry tinder, in the right hands and under the right conditions, can produce a ball of flame, a plan is realized, a fire to sustain life, to sustain a notion.

This fall, things lined up and we’ve been able to put an idea we’ve held onto for a while, to buy a bus and drive it across the country in search of pow, into action. The idea to buy and convert a bus to serve as a home base for our adventures this winter was inspired largely by Green Mountain Freeride. Ryan, Lars, and Silas demonstrated that the growing up on skiing at a small mountain in the East was not a setback, but rather a launch pad. By embarking on this project, we hope to inspire other skiers to set out on their own paths in search of adventure.

The crew involved with this trip consists of seven avid skiers from Vermont: Tim McClellan, Marcus Wadlington, Dylan Dipentima, Brooks Curran, Chris Stimpson, Noah Ranallo, and Evan Booth. Of these seven, five are UVM students and members of the UVM Freeskiing Team. With the exception of Chris, we all grew up skiing northern Vermont out of Mad River Glen, Smugglers Notch, and Sugarbush.