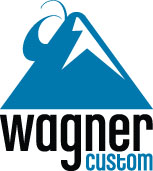 When Pete Wagner told me I had the chance to work with their graphic designer on a custom ski for a pair of full custom skis, I had a few different ideas but one of these I knew I wanted to make a reality and this was my chance. I spent hours going through photo’s of Ryan, reminiscing, and trying to figure out how I could represent everything Ryan meant to me, and the ski community as a whole, on a single top sheet of some skis. In the end, I came up with the two photos, the one on the tips is of Ryan looking out on the mountains of Portillo taken by Frank Shine, and the photo on the tails is in Driggs, Idaho with Ryan doing a cork 5 over our van taken by Derek Deluzio. The first I thought captures Ryan’s essence, his respect, peacefulness, and love for the mountains. He was so comfortable in the mountains, and if he wasn’t out exploring he was trying to figure out a way that he could be. That is where the second photo seems to come into it. The year I was set to graduate high school in Vermont, Ryan and Lars had bought a van and were working to convert it into a livable winter home. The van was meant to be the ultimate travel, ski, and adventure mobile. I was lucky enough to join them for the next two winters in the chase for the perfect lifestyle I was discovering. The photo of Ryan doing a style corked mute over the van represents the essence of that lifestyle to me. In turn, the photos came together to create a simple graphic of a small part of what Ryan Hawks means to so many of us.
About the design of the skis themselves, I have found a 190cm length with a twin tip is perfect for me on most days. I have also found that 115mm underfoot is a great width for skiing the resort all day, touring, and floats real well on the deep days. I wanted these skis to be able to not only handle speed but also feel comfortable at speed and they certainly do, especially with the 36m-turn radius. The core is a full wood core of maple and ash, combined with Wagner’s solid construction; it is as burly as it gets with a stiff even flex. The camber profile is slight early rise in the tip and camber throughout the rest of the ski. Here are the specs: