The work of the Flyin Ryan Hawks Foundation depends upon the advice and council of a Board of Directors and the significant effort of a few part-time staff. All are dedicated to the Core Values Matter philosophy. 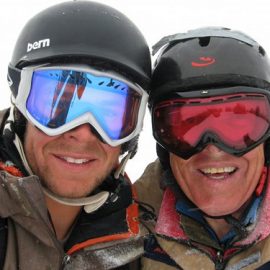 Peter Hawks is Ryan’s father, and the foundation’s President and CEO since its founding. He is the driving force behind the creation and continuing success of the Flyin Ryan Hawks Foundation.

“I have a very special relationship with Ryan as mentor and mentee. Ryan’s spirit and core values continue to be a fundamental and guiding force for the Flyin Ryan Hawks Foundation.”

Peter is a retired Dean Witter (now Morgan Chase) executive, and has a lifelong passion for skiing, tennis, mountain biking, and games in general. He graduated from Dartmouth College in 1960, where he was the 4-event skier on the college ski team for 4 years.

When Peter was 58, Ryan introduced him to mountain biking.  While Ryan competed nationally as a Junior expert on the Bliss Racing Team, Peter got the bug. Starting with Ryan’s hand-me-down downhill mountain bike, he road his way to a National  Masters Championship in 2002, and subsequently two World Masters Downhill Championships in 2002 and 2003.

Peter lives in Burlington, Vermont, with his wife of 34 years, Jackie. Now in his 70’s, Peter continues to be an avid skier and mountain biker who also enjoys tennis and a good beer. He often signs his correspondences with, “Peace, love and deep powder.” 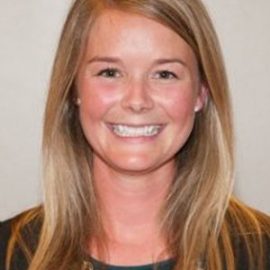 Alicia Hawks, vice president, fills multiple roles at the Foundation. She manages the Adventure Scholarship Program with her dad, Peter, and helps with social outreach and events planning. She is the younger sister to Ryan, is a constant presence at Foundation events and meetings.

Says Alicia: “Ryan certainly held true to his core value, ‘be the best brother, uncle and son I can be.’ He always looked out for me, made me laugh with his goofy antics and inspired me to be more patient, and present.”

Alicia works for Learfield Sports helping businesses create sponsorship programs that build brand association with the University of Vermont Catamounts and their fans.

A 2010 graduate of the University of Vermont (UVM), Alicia has a degree in Business Administration with a concentration in Marketing. Upon graduation, she moved to Denver to work in premium sales for the Denver Broncos organization.

Alicia lives in Essex, Vermont with her husband Brad and their cat Simba. 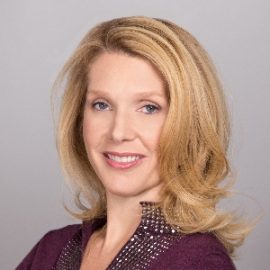 Samantha Hawks Stetson, Peter’s daughter and Ryan’s other sister, was a major contributor to the operations and organizational side of the Foundation during its startup and early years.

Samantha’s expertise includes the development and implementation of marketing and executive training programs. Samantha has been in the digital industry since 1999 and was Director of Ad Products for the Excite Network, a Marketing Manager at GE Healthcare and then Content Manager for the Upstream Group prior to founding her own boutique consulting firm focused on developing innovative content for digital sales teams from on-boarding to talent development. These days, she is kept very busy as the Director of the Client Council Team at Facebook.

Samantha lives in Newtown Square, PA with her husband David and two children, Hadley and Hunter. In her spare time she enjoys Bikram Yoga and skiing. She grew up as a competitive figure skater and competed in the US National Championships.

“Sam” continues to be an important advisor and Foundation board member. 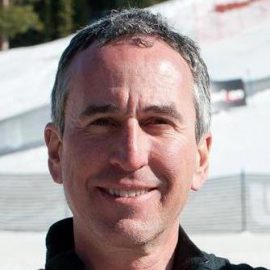 Bryan has been a friend of Flyin Ryan for years and is responsible for customizing the Decisions Program to fit the needs of risk assessment issues.

Bryan’s lifelong passion for backcountry skiing, hiking, and mountain biking drew him and his wife Sarah back to VT in 1997 to be closer to their favorite backcountry destinations. He has since coached Smuggs’ Big Mountain Freeride team in 2011 to support son Galen’s passion for Freeskiing. After meeting Peter Hawks in the spring of 2014, the two collaborated to develop the Decisions for Athletes program and did their first pilot at Smuggs’ in the winter of 2014/15.

Bryan is now the Government/Industry Integrated Product Team Lead at General Dynamics in Williston, VT. He also works as the Freeski Program Director at the Smugglers’ Notch Ski and Snowboard Club and as the Vice President of the International Freeskiers and Snowboarders Association board of directors. 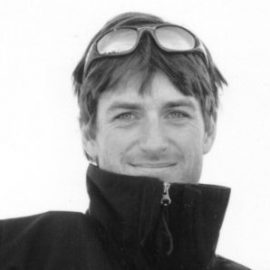 Adam Comey helped pioneer the sport of competitive freeskiing in North America with the invention of the Freeskiing World Tour in the late 1990’s.

A valued member of the Foundation’s Board of Directors, Adam brings a commitment to the Core Values Matter philosophy, along with the business expertise and experience he has as co-founder and CEO of Mountain Sports International. MSI is a major media production and marketing company whose goal is to connect people with their favorite sports. 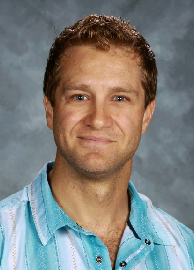 John Painter, educator, skier, and mountain biker, is largely responsible for bringing the vision of a Decisions Program for Education to fruition. A faculty member at South Burlington High School (Vermont), John piloted the Decisions Program with 900 Sophomore students. As part of his program, John created a video to share his Core Values. 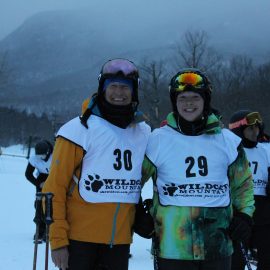 Everett is an avid skier and mountain biker who enjoys traveling.  He attends UVM where he is a Junior with a concentration in Marketing / Global Business and a minor in Community and International Development.  Everett has 3 siblings and grew up in Wayland MA where sports were a strong aspect of family life.  His love of outdoor sports and the important role that they played in his family drew him toward Flyin Ryan.

This picture is from when Everett and his father attended the WildCat’s 16th annual Vertical Challenge where they skied 100,000 vertical feet in one day, it consisted of 48 runs but they took an extra two to make it 50! 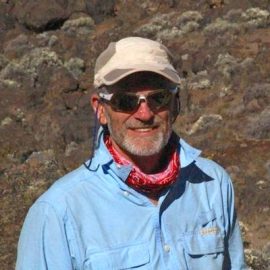 Sparky is generally known as our financial guru. Retired from careers in outdoor education, construction management and design firm management, Sparky is an avid outdoor enthusiast. He has spent many decades climbing, skiing, hiking, winter mountaineering and mountain biking.

Sparky graduated from Dartmouth College and received his MBA from the Yale School of Management. He lives in Hinesburg with his wife and has three kids scattered around the US. 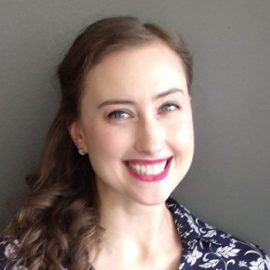 Christine helps us keep the organizational wheels turning as our Operations Assistant. With a solid background in operations gained in the commercial real estate sector, she started her own consulting business and counts the Flyin Ryan Hawks Foundation among her clients. Christine’s skills and experience include marketing, bookkeeping and project management.

I feel honored and excited to have this chance to contribute to the important work of the Flyin Ryan Hawks foundation. 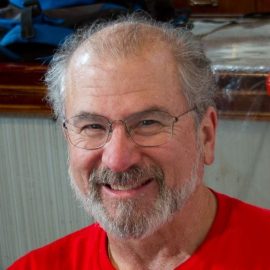 Dave is our go-to guy for technology. He manages our electronic and Internet infrastructure; website, social media, software, hardware, and keeping Peter’s personal technology in synch with the organization.

A transplant from central New Jersey, he settled in at UVM for 2 degrees and a 22 year career in various technology-related positions. He’s lived most of his years in Burlington, and has had several careers since leaving UVM at the end of 1999. He’s currently a freelance technology consultant and with his fiancé, co-owns a professional photography business.

Dave skis, bikes and loves sailing other people’s sailboats. He’s been a drummer with Sambatucada, Vermont’s Burlington-based community Samba band, for more than a decade. He donates considerable time volunteering at the Red Cross Blood Center in Burlington and with an organization he co-founded, the Northeast Disabled Athletic Association.

Finally, Dave treasures whatever time he gets with his three busy grown children and two grandchildren. They grow up so fast…