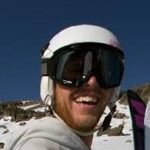 Japan was the trip of a lifetime! It is honestly one of the most memorable, fun, and eye opening things I have ever done in my life. Aside from the world class pow, it was also my first trip outside of North America. Needless to say a sudden immersion in Asian culture was eye opening, and I have developed a full fledged international travel bug. 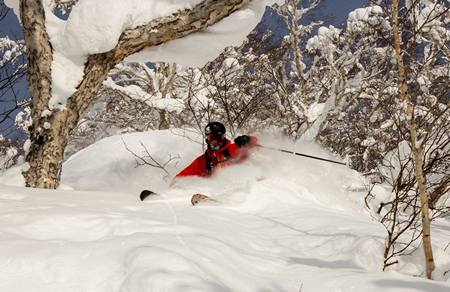 The skiing itself lived up to all the hype. It almost never stops snowing, and the terrain and landscape are beautiful and very fun to ride. That quality of pow would have been incredible during any season, but inserted into the middle of one of Tahoe’s worst seasons made it extra special.

In the end, I wasn’t able to put together the breakout video part that I had hoped, but the media content I did get was the savior of my season. I was unable to put together much of anything back in Tahoe, but Japan yielded some excellent photos and some video. Those photos were enough to appease my sponsors, and I was even able to add a few new ones this season.

Since then I have taken a big turn and decided to go back to school. I attended Saint Mike’s for 2 years after high school, but have been on an 8 year hiatus until now. This semester is my first at Sierra Nevada College, and I love it! It is a very welcome kick in the ass, and stimulation for my brain. In addition to attending school, I have also started a big mountain/freeride club team called SNC Freeride. SNC already has championship varsity teams for ski racing, ski slopestyle and pipe, and snowboard slopestyle and pipe. I am working with the athletic department, and we are hoping that we can get the freeride team accepted by the school as a varsity program by fall of 2017. Meanwhile, I am still coaching Squaw’s big mountain team, and I am hoping to become to official coach of the SNC team if/when it becomes varsity.

There are currently 48 students on the freeride roster, and about 35 who actively want to compete. We are working to compete on IFSA‘s new Collegiate Freeride Series. The roster is a nice mix of skiers and snowboarders, and various degrees of freeride experience. It is exciting to get some new but eager athletes involved in the sport!

Well that’s about it. I attached some pics from Japan, and I honestly can’t thank you enough for your help and the scholarship! I hope all is well with you, your family, and the foundation.