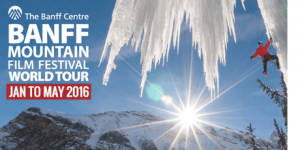 The Banff Mountain Film Festival World Tour brings Banff to audiences around the globe. A selection of the best films go on tour across Canada, the United States, and internationally from Scotland to South Africa to China, Lebanon, Chile, New Zealand, Antarctica, and points in between.